A Project Manager’s Guide to the Executive Sponsor Role

How would your executive sponsor react to being told they’re not providing adequate project support, despite their best efforts? Can you speak plainly with them about what’s working and what’s not?

If you’re grimacing at the mere thought of that encounter, you should re-examine your ability to succeed in managing a project with that person, Gartner analyst Michael Hanford advises. (Full article available to Gartner clients.)

“Lack of an effective level of [sponsor] engagement costs effort, drives rework, and raises risks from an inability to get timely and workable decisions,” Hanford writes.

Despite the gravity of the role, it’s clear that many businesses struggle with this aspect of project management. According to PMI’s 2018 Pulse of the Profession report, inadequate sponsor support is the primary cause of failed projects for an average 26% of organizations and for 41% of organizations with a low project management maturity (which includes most small businesses).

That’s how critical the executive sponsor role is to project success. And, why it’s so important that as the project manager you know how to manage different personalities so you can keep sponsors engaged and invested in your project.

In this article, we’ll take a look at some common types of project sponsors you’re likely to encounter and offer tips to help you successfully navigate that partnership.

The executive sponsor role and responsibilities

The primary reason so many businesses struggle with sponsor support is there is very little clarity (or consistency) around the definition of the sponsor role and the scope of their responsibilities.

Executives, project managers, different businesses and industries—each have their own idea what this role entails.

Recently, PMI has stepped in to provide some much-needed guidance around the executive sponsor definition, which we’ve highlighted below:

What is the executive sponsor role?

The executive sponsor role refers to an executive (or similar leader) with overall accountability for a project. Meaning, they’re on the line for project success. They’re appointed to a project initiative and oversee the entire project life cycle from inception to adoption.

Executive sponsors are responsible for initiating, ensuring, approving, and establishing the vision, governance, and value/benefits realization for the project. PMI offers a detailed breakdown of these job areas here.

Engaged executive sponsors bridge gaps, remove roadblocks, and ensure stakeholders are aligned so projects meet their goals. However, most people won’t immediately excel in this role. It takes experience, training, and coaching to develop the skills required to be an effective sponsor.

How engaged is your executive sponsor?

We asked project management professionals to share their experiences working with different types of sponsors and looked for repeating themes across their stories.

Here are 4 common types of sponsors you’re likely to encounter in your career:

This ES is knowledgeable about the subject matter and finds the right balance between involvement and trusting the team to make decisions. Provides support and uses their influence to actively remove roadblocks.

This approach takes time and experience to develop, but they can still benefit from guidance from the PM on how to best help the team.

This ES wants to be informed, but doesn’t have time for details. Will escalate issues and communicate project status upwards, but can miss or trivialize key sponsor responsibilities.

This approach often occurs when the ES has other priorities and hasn’t offloaded work from their plate to account for the project.

This ES tries to control everything, often becoming a bottleneck for important project decisions. This results in too many items needing action but not getting action, which can turn into a complete project stall.

This ES isn’t involved in the project or invested in the team, and is hard to hold accountable. Often won’t participate unless there’s a problem that grabs the attention of their higher-ups.

This approach can occur when the ES doesn’t understand their role and responsibilities, has other priorities, or has limited subject-matter expertise.

How to gain and keep executive sponsor support

According to Todd Williams, president of eCameron, Inc.—a consulting firm specializing in project auditing, rescue, and delivery—the most common sponsor type is disengaged.

This occurs most often because the ES role is poorly defined and sponsors aren’t sure what they’re supposed to do—and most managers are loathe to tell them.

“I do not make the assumption that my sponsor knows what he or she is supposed to do. So, I try to train all my sponsors.”

Williams first meets with the sponsor and reviews a responsibility sheet that has the project manager’s job description as well as one for the sponsor. This process, he says, tends to be an eye opener for the ES.

“Many sponsors know so little about project management that they are shocked at all the work that needs to be done,” Williams says. “If they don’t think something belongs in the sponsor’s duties, we have a discussion right then and figure out who is going to handle it, and how it should be escalated.”

It’s critical that you establish a communication plan and communication schedule with your ES, which can vary based on the type of sponsor you’re working with. Failing to establish this upfront is a recipe for disengagement.

People communicate and respond to interactions differently—you need to ensure you’re doing so in a way that resonates with them, and through a channel they’re comfortable using.

For example, do they prefer email or chat? Do they use Google Sheets or Excel? Do they want a daily check-in or a weekly one?

“Project managers need to be chameleons, constantly shifting our leadership and communication approaches to fit each individual team member. This should always include the executive sponsor,” says Emily Meyers, principal consultant and practice lead at Sparkhound, an IT service management and business consulting firm.

The best way to figure out what their needs are, what motivates them, and how they prefer to communicate is to meet with them and ask.

If your company has participated in a social styles or personality profile exercise, this can be a great way to get to know them and figure out their preferred communication style.

In addition, Meyers says you can ask around the organization to see what advice coworkers may have on how to communicate with that particular sponsor, but she cautions that you should preface that you’re looking for communication channels that have worked in the past, rather than negative feedback. This ensures conversations stay constructive and professional.

If your sponsor is anything other than engaged and invested, take the time to figure out the underlying reason why their approach is less than ideal so you can take corrective action.

For example, an ES that tries to control the project is often doing so because of a lack of trust.

Whether they were burned on a previous project, don’t have a grasp on the subject matter as well as they want to, or this is a brand new team, an ES may become overbearing, warns Meyers.

With this type of ES, problem areas to look out for include needing to have all of the details, directing everyone’s behavior, micro-managing team members, and showing a limited tolerance for collaborative decision making.

“The challenge with this type of ES is focusing their energy on productive things to help the project move forward, while still allowing them to feel like they are in control,” says Meyers.

“Once trust is established, you can help them turn their energy into an asset for the project, the best way to help everyone be and feel successful, ” Meyers adds.

If your ES starts to disengage or becomes non-responsive, Williams advises that you take corrective action. This includes confirming the project is still a priority with the executive and transferring noncritical issues off their plate.

Then, if an urgent issue arises and the sponsor does not respond, escalate the issue to address the lack of response. Finally, Williams says if the problem continues, effect a process to change the project’s sponsor.

Do’s and don’ts for navigating the ES partnership

We’ve summarized the advice above into a list of do’s and don’ts that you can use to gain and keep executive support on your project. Download a copy to help you better navigate this partnership on your next project.

What techniques do you use to maintain sponsor support? Let me know in a comment below. 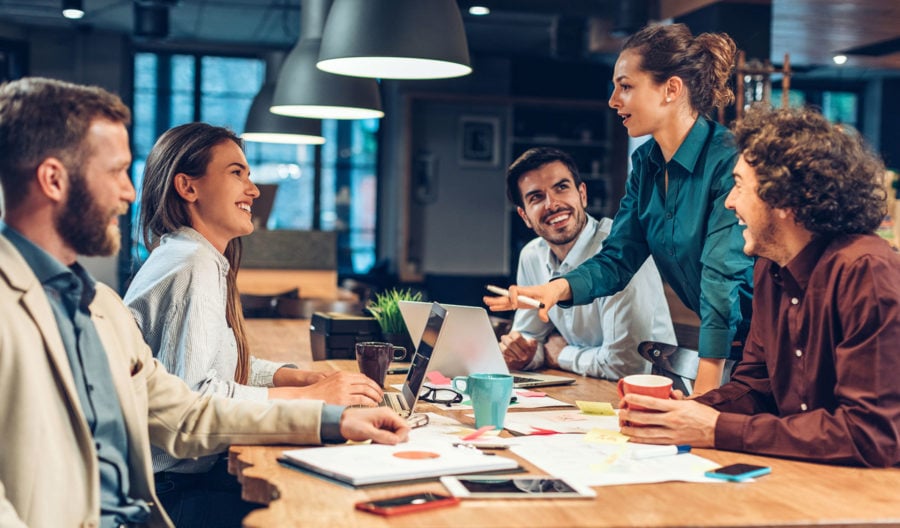 What type of Project Manager do I need?

GDPR: Does your organization need to comply?