In the next year, both SQL Server 2008/2008 R2 (July 8, 2019) and Windows Server 2008/2008 R2 (Jan 14, 2020) are hitting their end-of-life dates. No more security patches*, hotfixes, or support from Microsoft. In this day and age, and with your regulatory environment, this is a certain deadline. Soon, if not already, your security and infrastructure audits should flag these versions of SQL Server as a vulnerability.

What This Means for your Old SQL Servers

While both the end of life for these Windows and SQL versions present a clear and present danger to your compliance and stability, I’ll be talking mostly about the path forward for your SQL Server environment.

Those long-needed server upgrade projects need to get rolling. Keep in mind that both products are already outside “mainstream support” and are in “extended support”. In fact, these 2008/2008 R2 versions have been in “extended support” for years, meaning that Microsoft assistance isn’t free, no features are added, and only bug fixes and patches are released.

Your SQL Server probably contains many databases, and probably serves one or more applications. At Sparkhound we have a thorough migration checklist for the planning, preparation, migration and testing phases. The safest way to conduct SQL Server migrations is to proceed application by application. This method allows individual applications and their connection strings to be tested with all the component pieces inside of the new SQL Server instance, while also ensuring safe rollback. If your SQL Server hosts databases for multiple applications, each set of databases will be migrated with the application in testing (as opposed to migrating all databases at once).

This is the safest way to migrate, because it contains changes when it comes to application testing, and ensures safe rollback.

Think Long-Term with Your Upgrade Project

First off, we do not recommend an upgrade in place solution, where the potential rollback includes uninstalling programs in Windows Control Panel or reverting a VM image. You probably wouldn't do an in-place upgrade for your home PC operating system, so don't try it with your mission-critical SQL Server.

Since SQL Server 2016 and above require at least Windows Server 2012 operating system, now is the time to also upgrade the operating system and server virtualization/hardware. Take this opportunity—along with the scrutiny, outage, maintenance windows, and testing resources that comes with it—to upgrade the server for the long-haul.

Upgrading the server allows for many advantages before and after the migration outage. Prior to the upgrade, we can take our time configuring, updating settings, and performance testing the new server while normal operation continues. We can restore the old databases up to the new server many times, testing them and rehearsing our runbook. By leaving the old server untouched, we retain it for quick and easy reference throughout our preparation phase, and also for failback at the time of migration. By using DNS aliases or Availability Group listeners, we can redirect application connection strings to the new SQL Server easily for a short, controlled outage. If there's an issue, we redirect application connection strings back to the untouched old SQL Server.

SQL Server is Built with Backwards Compatibility In Mind

SQL Server has released 4 major versions since the 2010 release of SQL Server 2008 R2, and each one has aggressively added features while maintaining a loyalty to reverse compatibility. There are no changes to SQL Server since 2005 that break syntax or stop existing code from working. There are major performance improvements in new versions which are very welcomed and certainly beneficial.

In some edge cases, clients reported that only most of their code worked faster after upgrading to SQL 2014. (Technical aside—I have had 2 clients since 2014 experience some query performance regression which was identified and addressed quickly. Given adequate preparation and knowledge, these issues can be identified and addressed before migration, and are not significant hurdles. I mention the SQL 2014 performance issues only as an honest but rare caveat; but otherwise, the enhanced cardinality estimator that was released in that version was a major improvement.)

The point of mentioning the incremental feature improvements and Microsoft's stubborn loyalty to prior compatibility levels is to assure you that upgrading from SQL 2008/2008 R2 to SQL Server 2017 is safe and recommended. There is no need to incrementally upgrade to 2012, 2014 or 2016. Upgrading straight to SQL Server 2017 – released over a year ago and patched monthly – can be successful with no code changes.

We Know Cost Savings are a Project Driver

The biggest reason that many environments stayed at SQL 2008/2008 R2 is for the old server-based licensing model. Starting with SQL Server 2012, Microsoft moved to charging core licensing, meaning that extremely high CPU-core machines became prohibitively expensive while 4-core boxes likely did not see an increase in licensing cost.

There are many ways to save money on SQL Server licensing when moving up from SQL 2008/2008 R2:

*That’s right – Extended Security Updates will be made available, but at a new and additional cost. If you have Software Assurance or an Enterprise Agreement, you can stay on SQL Server and Windows Server 2008 and 2008 R2 for 3 more years by paying 75% of the cost of the latest version with the core licensing model. This is not exactly an affordable option, as you’d be paying near-new price for 9-year old software.

Highlights of New Features in Each Version Since SQL 2008 R2

Be sure to ask your DBA and/or the Sparkhound SQL DBA team about the following features:

What Is the Next Step? 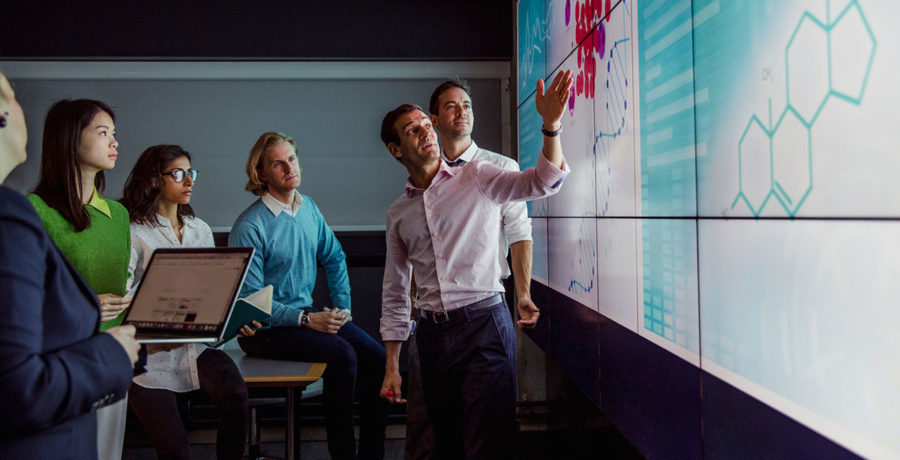 SQL Server 2017 Details for the IT Decision Maker